USB (Universal Serial Bus), is an industry standard that was developed to define cables, connectors and protocols for connection, communication, and power supply between personal computers and their peripheral devices.

USB 2.0 was released in April 2000, adding a higher maximum signaling rate of 480 Mbit/s. Due to bus access constraints, the effective throughput of the High Speed signaling rate is limited to 280 Mbit/s or 35 MB/s.

The most important of these ECNs are included into the USB 2.0 specification package available from USB.org:

The USB 3.0 specification was released on 12 November 2008, with its management transferring from USB 3.0 Promoter Group to the USB Implementers Forum (USB-IF), and announced on 17 November 2008 at the SuperSpeed USB Developers Conference.

The SuperSpeed bus provides for a transfer mode at a nominal rate of 5.0 Gbit/s, in addition to the three existing transfer modes. Its efficiency is dependent on a number of factors including physical symbol encoding and link level overhead. At a 5 Gbit/s (625 Mbyte/s) signaling rate with 8b/10b encoding, the raw throughput is 500 Mbyte/s. When flow control, packet framing and protocol overhead are considered, it is realistic for 400 Mbyte/s (3.2 Gbit/s) or more to be delivered to an application. Communication is full-duplex in SuperSpeed transfer mode; earlier modes are half-duplex, arbitrated by the host. 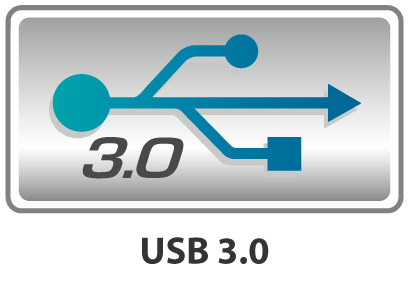 Low-power and high-power devices remain operational with this standard, but devices using SuperSpeed can take advantage of increased available current of between 150 mA and 900 mA, respectively.

USB 3.1, released in July 2013, preserves the existing SuperSpeed transfer rate under a new label USB 3.1 Gen 1, and introduces a new SuperSpeed+ transfer mode, USB 3.1 Gen 2 with the maximum data signaling rate to 10 Gbit/s (1250 MB/s, twice the rate of USB 3.0), which reduces line encoding overhead to just 3% by changing the encoding scheme to 128b/132b.

USB 3.2, released in September 2017, preserves existing USB 3.1 SuperSpeed and SuperSpeed+ data modes but introduces two new SuperSpeed+ transfer modes over the USB-C connector with data rates of 10 and 20 Gbit/s (1250 and 2500 MB/s). The increase in bandwidth is a result of multi-lane operation over existing wires that were intended for flip-flop capabilities of the Type-C connector