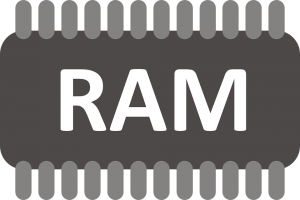 There are two main types of RAM: dynamic random access memory (DRAM), or Dynamic RAM, and static random access memory (SRAM). The RAM in most personal computers (PC’s) is Dynamic RAM. All dynamic RAM chips on DIMMs, SIMMs or RIMMs have to refresh every few milliseconds by rewriting the data to the module.
Static RAM (SRAM) is volatile memory and is often used in cache memory and registers because it is a lot faster and does not require refreshing like Dynamic RAM. SRAM retains information and is able to operate at higher speeds than DRAM. Because DRAM is a lot cheaper than SRAM, it’s common to see PC manufacturers use DRAM.
Dynamic RAM is memory that needs refreshing. The refreshing is done by the memory controller which is part of the chipset on the motherboard. Static RAM (SRAM) does not need refreshing and is used in memory cache on the central processing unit (CPU); it is called L1, L2 and L3 cache. Original SRAM was stored on the motherboard; later SRAM was inside of the CPU housing or stored on both the motherboard and inside of the CPU. 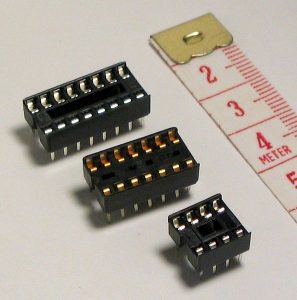 In microelectronics, a dual in-line package (DIP or DIL), or dual in-line pin package (DIPP) is an electronic component packagewith a rectangular housing and two parallel rows of electrical connecting pins. The package may be through-hole mounted to a printed circuit board (PCB) or inserted in a socket. The dual-inline format was invented by Don Forbes, Rex Rice and Bryant Rogers at Fairchild R&D in 1964, when the restricted number of leads available on circular transistor-style packages became a limitation in the use of integrated circuits. Increasingly complex circuits required more signal and power supply leads (as observed in Rent’s rule); eventually microprocessors and similar complex devices required more leads than could be put on a DIP package, leading to development of higher-density packages. Furthermore, square and rectangular packages made it easier to route printed-circuit traces beneath the packages. 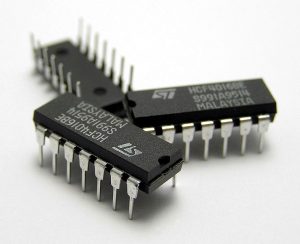 A DIP is usually referred to as a DIPn, where n is the total number of pins. For example, a microcircuit package with two rows of seven vertical leads would be a DIP14. The photograph at the upper right shows three DIP14 ICs. Common packages have as few as three and as many as 64 leads. Many analog and digital integrated circuit types are available in DIP packages, as are arrays of transistors, switches, light emitting diodes, and resistors. DIP plugs for ribbon cables can be used with standard IC sockets. 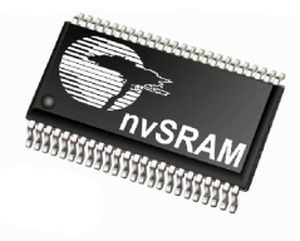 Static random-access memory (static RAM or SRAM) is a type of semiconductor memory that uses bistable latching circuitry (flip-flop) to store each bit. SRAM exhibits data remanence, but it is still volatile in the conventional sense that data is eventually lost when the memory is not powered. 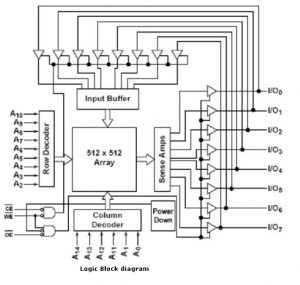 The power consumption of SRAM varies widely depending on how frequently it is accessed; in some instances, it can use as much power as dynamic RAM, when used at high frequencies, and some ICs can consume many watts at full bandwidth. On the other hand, static RAM used at a somewhat slower pace, such as in applications with moderately clocked microprocessors, draws very little power and can have a nearly negligible power consumption when sitting idle – in the region of a few micro-watts. Several techniques have been proposed to manage power consumption of SRAM-based memory structures. 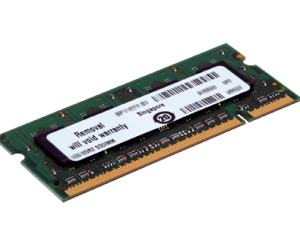 Dynamic random-access memory (DRAM) is a type of random access semiconductor memory that stores each bit of data in a separate tiny capacitor within an integrated circuit. The capacitor can either be charged or discharged; these two states are taken to represent the two values of a bit, conventionally called 0 and 1. The electric charge on the capacitors slowly leaks off, so without intervention the data on the chip would soon be lost. To prevent this, DRAM requires an external memory refresh circuit which periodically rewrites the data in the capacitors, restoring them to their original charge. Because of this refresh requirement, it is dynamic memory as opposed to static random-access memory (SRAM) which does not require data to be refreshed. Unlike flash memory, DRAM is volatile memory (vs. non-volatile memory), since it loses its data quickly when power is removed. However, DRAM does exhibit limited data remanence.

DRAM is widely used in digital electronics where low-cost and high-capacity memory is required. One of the largest applications for DRAM is the main memory (colloquially called the “RAM”) in modern computers and graphics cards (where the “main memory” is called the graphics memory). It is also used in many portable devices and video game consoles. In contrast, SRAM, which is faster and more expensive than DRAM, is typically used where speed is of greater concern than cost, such as the cache memories in processors.